Like most boys, he joined a soccer team when he was about six or seven. Something he still likes doing. In the year that his dad became his coach, something changed. He got carried away by the weird performances of Jim Carrey, it got to him so that he felt a bit of destiny. Or whatever it is you can feel when your thirteen. That year he switched from a soccer-team to a youth theater-group.

Years went on, audiences got bigger, but something else was calling. He got into his first jam session, the first real encounter with music when he was 18. That evening he improvised singing, made everything up right there and then, for four hours straight. After that night, four bands asked him to join. He said yes to a tattooed and pierced Portuguese fellow, who saw in André the next Iggy Pop. After a study of this icon, André wanted nothing more then to become this kind of punk star. The punk band never left the repetition room, meanwhile he learned to play acoustic guitar on the countryside in Winterswijk. In th middle of nowhere, he jammed his ass of with a drummer called Maarten. Sixteen years later, in the year 2017, these sessions have been released as ‘The beginning’. Strong, raw, melancholic, but also weird and joyful sounds. The beginning of something that lasted longer then any of his adventures. 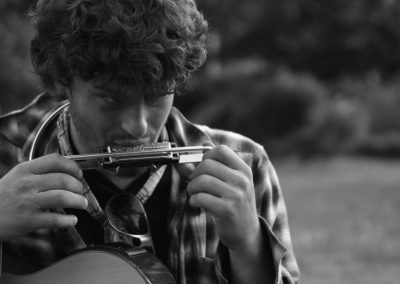 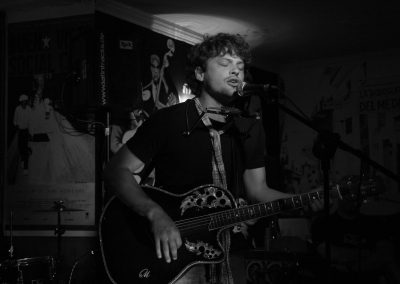 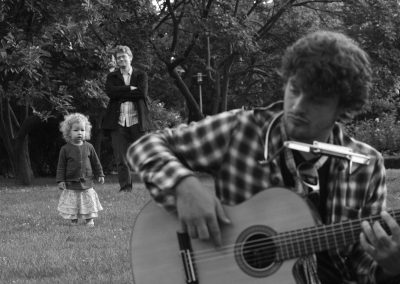 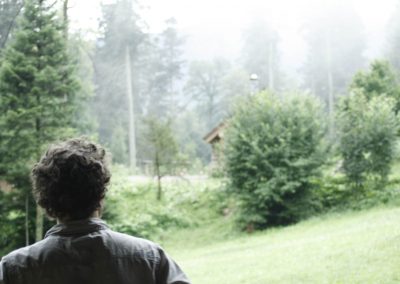 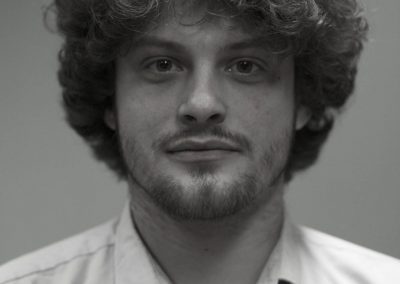 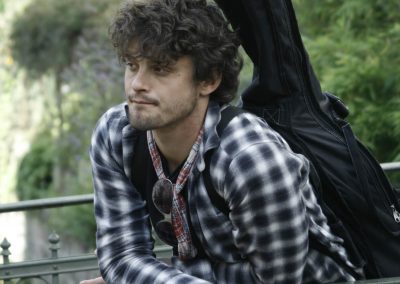 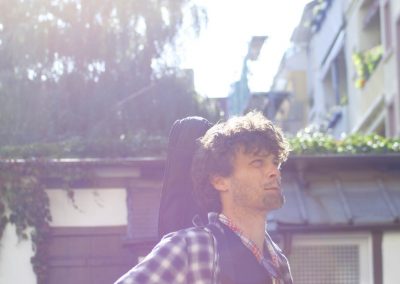 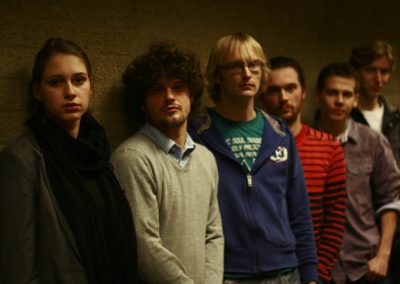 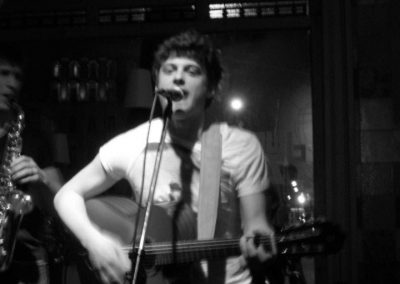 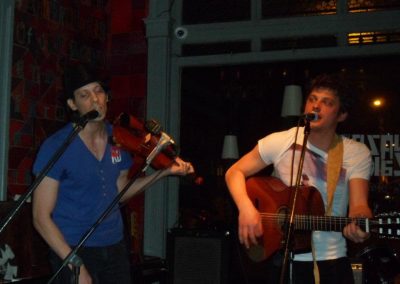 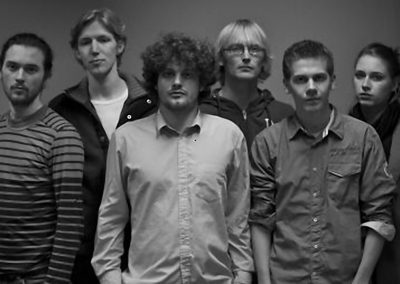 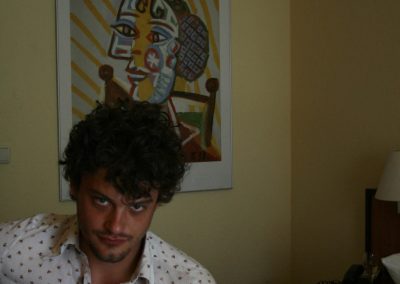 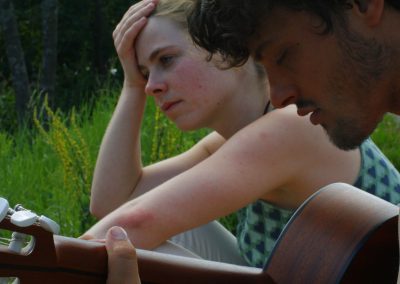 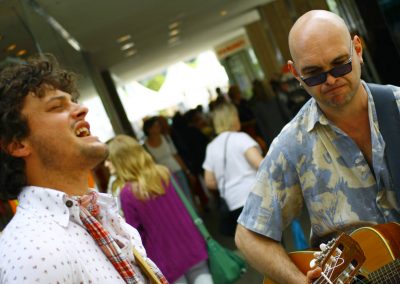